Before writing this article I honestly had no idea just how many games Telltale had made. They’re a juggernaut. Looking at their back catalogue and they’ve made CSI and Wallace and Gromit games. I almost wish they had made more of those. However, they haven’t, and they can’t. The studio hit a truly horrible situation and a lot of people have lost their livelihood and are in a terrible situation.

Everyone at thelootgaming.com wishes all of the ex-employees at Telltale games all the best for their future and we hope they land on their feet. In tribute to the fantastic work these people have done over the years, I’ve chosen my Top Ten Telltale Moments. 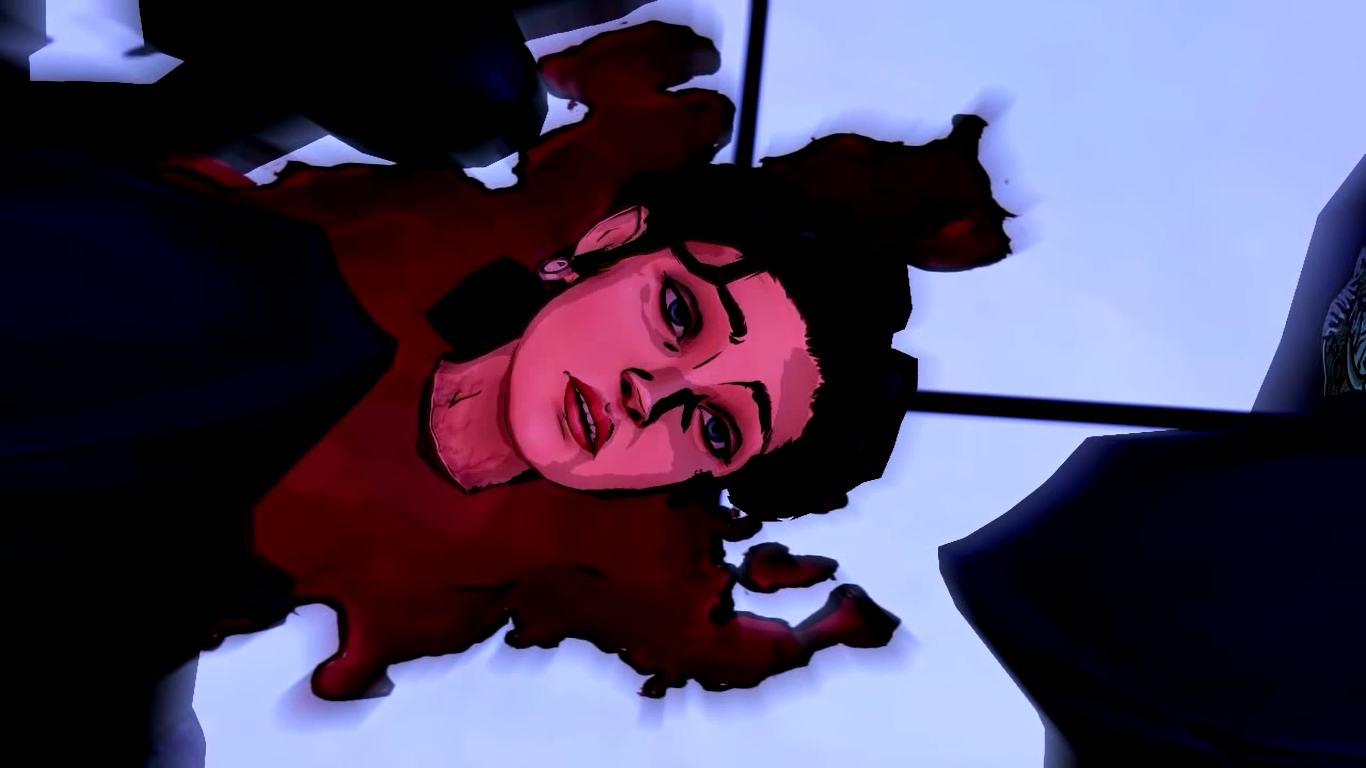 Honestly given Telltale’s track record how could any (non Fable comic reader) not think that Snow was gone? I was devastated at this scene at the end of the first episode and desperate to find out more.

9. Defeating LeChuck once and for all – Tales of Monkey Island

Guybrush Threepwoord, mighty pirate’s ultimate enemy: LeChuck. It’s fitting that Tales from Monkey Island ended with the final battle and eventual defeat of this epic foe and a fitting conclusion to Guybrush’s journey.

This was a genuinely shocking moment. Even in the horrific world of The Walking Dead, Telltale managed to produce something challenging and intriguing. By painting a picture of the friendly good Samaritans who turn out to be cannibals, you were given genuine conflict. Could you respect what they were doing? Were they simply adapting and finding a way in the new world? Were they maniacs? I went with the triangle option in the picture.

This nice kid seems really willing to help you out doesn’t he? I’m sure this can’t backfire in any way and he really is just a charming boy who has made a few silly mistakes in life. Who hasn’t? The Joker’s entrance was excellent and felt truly natural. He absolutely stole every scene he was in.

This would have been a fitting ending to Clementine’s story. After building a bond over a couple of years, she was finally safe. She was in a walled home. Sure Kenny wasn’t allowed in and would likely die a brutal death but what can be done? This was one of several endings to the second season of The Walking Dead and it was not only my first but my favourite.

This hit me hard. Honestly this list could have just been Tales from the Borderlands. What a genuinely fantastic series that was. It perfectly complimented the main Borderlands series. It captured the world and personalities perfectly. It portrayed Handsome Jack the way he deserved, a truly tortured and desperate soul. His final moments lay that out as he pleads for his life and tries to explain some of his horrific actions. Emotional.

4. Crooked Man Trial – The Wolf Among Us

The way The Wolf Among Us brought everything together at the end was magnificent. All of the pieces of the jigsaw fell into place and the best part was it was your jigsaw. The parts added to the same whole but how they fit together was totally up to you. The conclusion really worked, you felt like your choices mattered and were reflected in Bigby’s actions.

3. The Trial and Execution of Guybrush Threepwood – Tales from Monkey Island

There was something incredibly wonderful and silly about Guybrush having to defend himself at his own trial. It was perfect. It was Guybrush, Monkey Island and Telltale all over. Every second was a laugh, from Guybrush arguing with himself, beating himself up, celebrating victories and eventually being rescued by his greatest nemesis. The line ‘I’ve killed him like, five times,’ is genius.

Everything about Handsome Jack’s involvement in Tales from the Borderlands was incredible. He was amazing. He didn’t just steal every scene, he stole the entire game. Without him who knows what it would have been, a bland jaunt across a desert planet. His humour and razor sharp wit manage to even top Guybrush Threepwood’s.

I’ll miss you. It’s iconic. It set young Clementine out on her incredible journey and it truly put Telltale on the map. Before The Walking Dead they were making quality games, this gave them recognition and attention. The World took notice and it was thanks to one man: Lee Everett. This list was incredibly hard to make. There are a ton of moments I’ve missed; Loader Bot, Kenny’s return, Poker Night 2, Sam & Max, Bigby vs Bloody Mary, Jesus in TWD Season 3, there are just an absolute ton. Let us know your favourites. For the last time I’ll say goodbye to Lee, goodbye to Clem and goodbye to Telltale. They’ll be missed.

READ  This Week's Deals With Gold, Including a Free To Play Add-On Sale

Over The Top Tower Defense Review

Red Dead Redemption 2 is almost upon is. To celebrate,...

Yesterday at EGX, I was lucky enough to get my...