With Dark Souls Remastered pretty close from releasing worldwide on the Xbox One and PS4, we thought we’d ramp up the Souls based content.

After exploring the worst ten Souls bosses, which basically became a rant about the lack of any quality boss fights in Dark Souls 2, I knew I wanted to look at the best fights.

These are the fights that were intense, that had me on edge from start to finish, fights that took incredible skill and fights that created incredible moments of victory when the enemies’ health bar finally depleted. Here they are, the Top Ten Dark Souls Bosses.

Depending on your play style preferences Farron Keep in Dark Souls 3 could be one of your favorite zones or one of the worst in the series. As you make your way around the level you’ll get constantly poisoned, odd enemies literally jump on your face and you’ll be invaded by enemy players all the time. Personally I love it. It’s challenging and it really opened up PVP to me in this game. To cap the area off is the Abyss Watchers. Essentially a cult inspired by Knight Artorias (more to come on him later) their design and style is interesting and the mechanics of the boss fight are incredibly unique and explore a lot of Souls lore.

The second entry from the third game, Soul of Cinder is how it all ends. The final fight at the end of the series’ final game. The music swells, the environment glows and the boss stares you down. Fast, powerful and intense this boss keeps you on your toes at all time and even manages to have great narrative and nostalgic connotations.

8. Dancer of the Boreal Valley

Three in a row for Dark Souls 3. The Dancer is a great fight, the boss is incredibly aggressive and will really punish the players mistakes in a brilliant boss arena that keeps the action tight and intense. One of my favorite things about this boss is it can be tackled at almost any time in the game. That means if you trust your skills enough you can beat her and unlock a whole bonanza of late game content incredibly early allowing you to get very powerful and giving you fantastic variety in your character builds.

Where it all begins. On Friday when thousands of people return to Dark Souls and thousands of people jump in for the very first time this is the first challenge they’ll face. An easy boss fight but one that sets the tone and introduces you to the rest of the game. This boss has monumental meaning to the rest of the series and to the gaming community at large as it will be forever representative of the Souls series. Potentially your first death but definitely your first conquest, it’s a fight that sets you off on a memorable journey through this brilliant game. 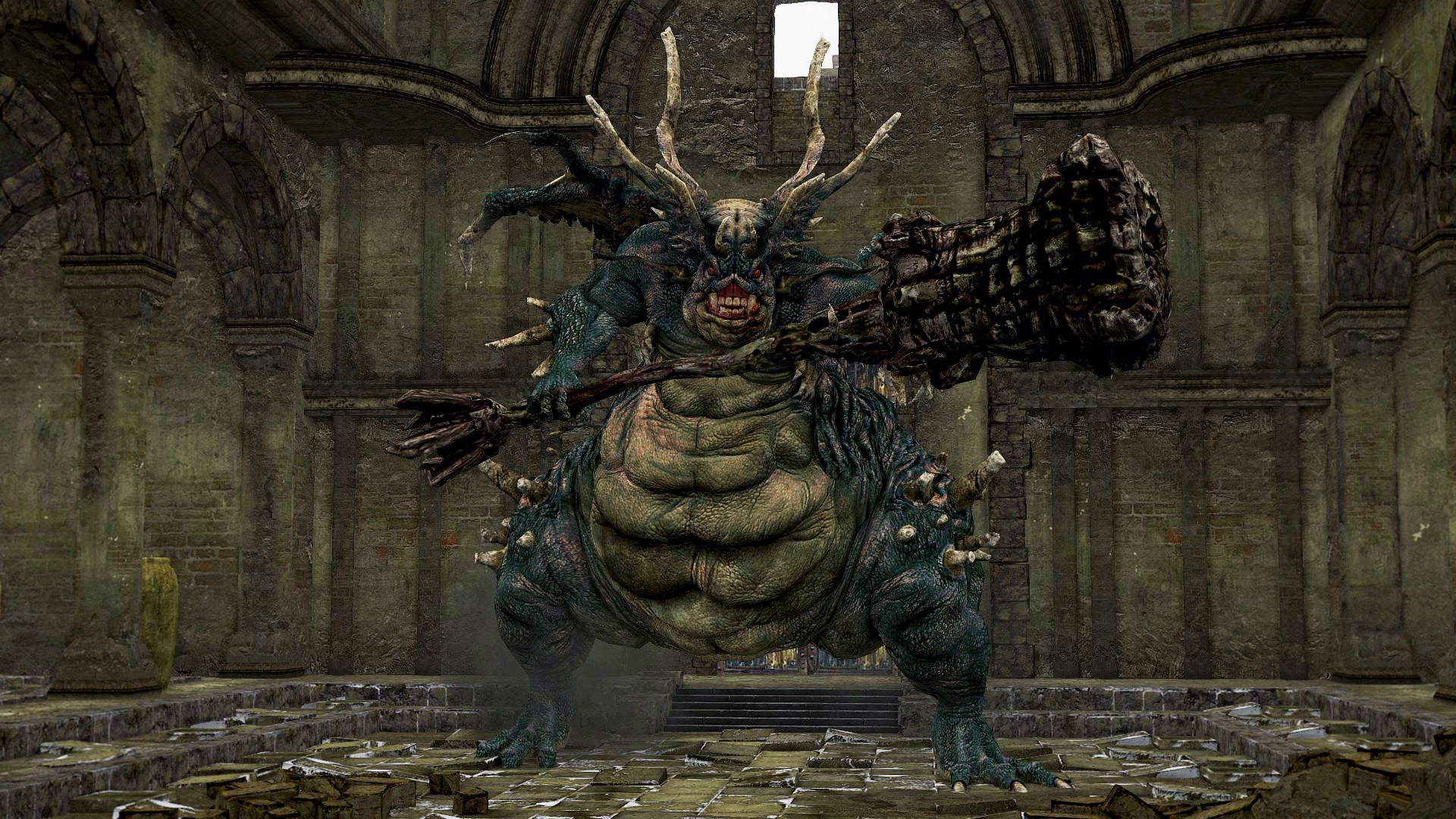 Dark Souls 2 had terrible boss fights, seriously just really really bad. It’s the reason the game isn’t held to the same high standard that the other games and even Bloodborne are. The DLC tackled this problem by introducing some great bosses. The arena and entrance is incredibly cool and the whole battle absolutely screams high fantasy. This fight actually is a battle, you’ll take on enemies with NPCs on your side before their King eventually joins the fray. The battle has an absolutely epic feel to it and caps off the game on a high note. 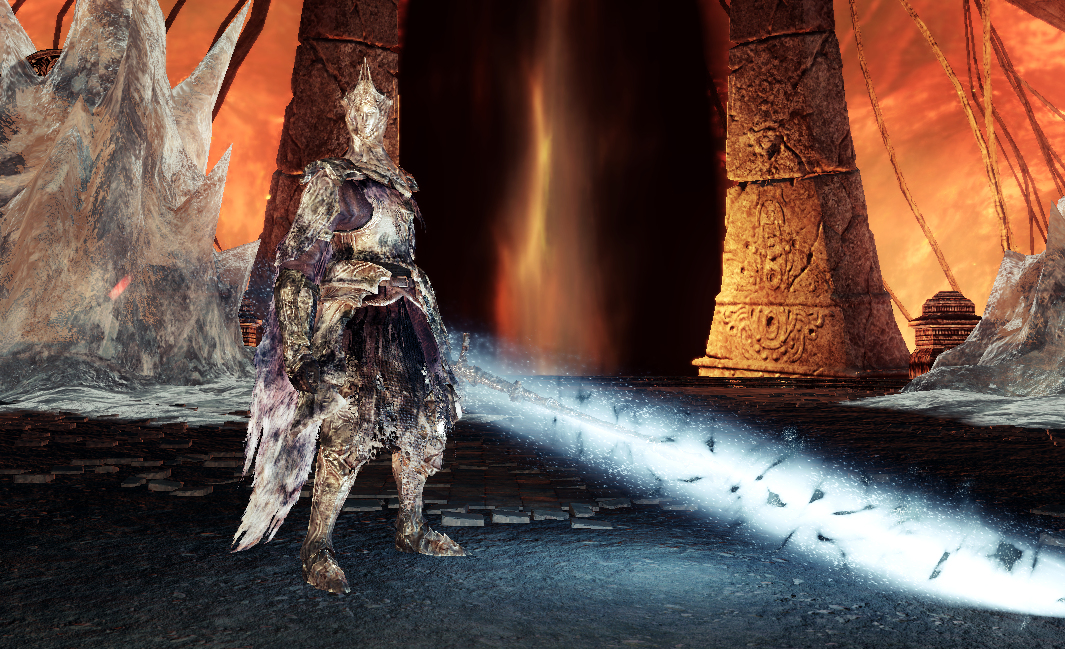 This three stage boss fight is a genuine test of your gaming stamina. You’ll need mental concentration and genuine strategy to get through this, carefully planning far into the future while defeating even the difficult first stage. Friede has the capability to do massive damage in short times so there is never any respite here. The fight has twists in gameplay and really ramps up as you progress while also capping off the ‘Ashes of Ariandel’ DLC in a satisfying manner. An incredibly cool boss weapon is yet another bonus.

It’s getting harder and harder to actually rank these fights now. Artorias is a memorable character, synonymous with the whole series and absolutely dripping in lovely lore to be explored. The fight is incredibly challenging, the boss has a moveset and aggression that keeps you on your toes at all times while also absolutely mesmerizing you with his stunning design and fluid style of battle. Everything about this fight adds up to create one of the best boss fights in the history of gaming. 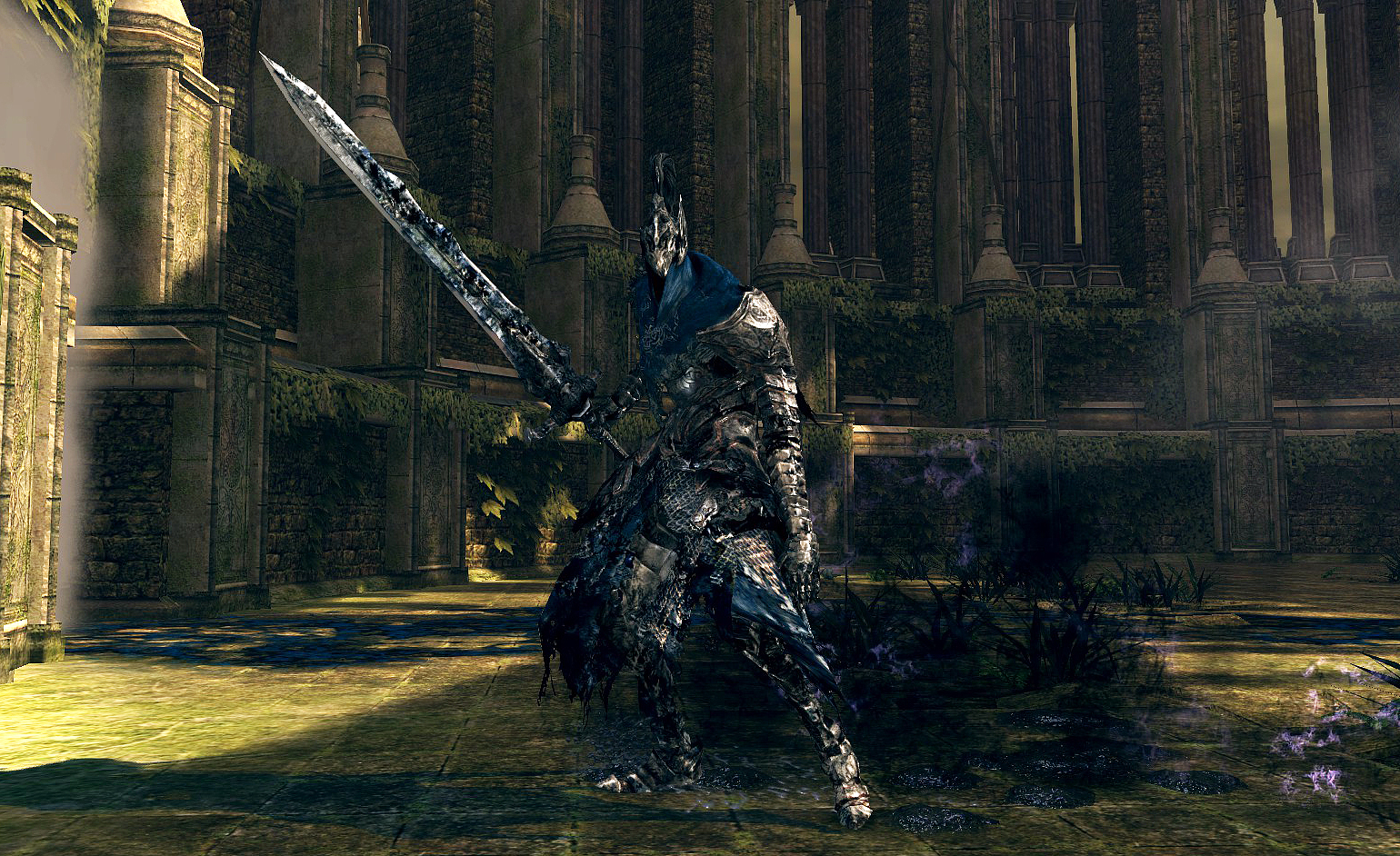 There’s probably people screaming right now at their screens because this fight isn’t number one. I agree that it could easily be number one, but so could Artorias. That just shows the sheer quality of content on offer in this series.

This fight is already famous, if it doesn’t break you like it has broken so many others then nothing will. It’s a true turning point in the game, once you realize you can win this fight then nothing else will be able to stop you on the route to completion. This is a fight so difficult that it has found a place in the pantheon of pop culture as we celebrate just how many players will fail to ever get passed it but at the same time celebrate those with the bravery and persistence to truly beat these two enemies. Another huge plus is the design and lore. Executioner Smough is a large brute with a hammer bigger than the player. Dragonslayer Ornstein is a rapid warrior your height who flashes around the arena with his spear imbued by the power of lightning. The moment you finally conquer this fight will be with you forever as a reminder that any challenge can be overcome.

What a fight this is. It takes all the best parts of other 1v1 fights like the Dancer and Artorias and combines them into a beautiful, deadly and intense dance. One of the series’ final boss encounters and one of the most important battles in terms of lore, Gael is memorable for so many ways. He’ll annihilate you several times, the arena is jaw dropping, his aggression is legendary and the setting for the whole fight is the definition of epic. This is the ultimate test for a Dark Souls fan and the reason it edges out Ornstein and Smough is that I’m a big believer in 1v1 fights. I think getting them right with an intensity that makes a player so nervous and on edge that they can jump for joy after winning (I literally jumped out of my chair and threw my controller to the side) is incredibly difficult and From Software pulled it off with gusto here.

The finale. Not just an incredible boss fight but the most impressive, jaw dropping, epic and stunning stage and setting that any encounter takes place in. When you see the King of the Storm approaching it is impossible to not be in awe of the spectacle of this fight. The longer the fight goes on the better it gets, there are more memorable moments in this fight than in some full games. First you slay the dragon which is a monumental achievement in itself. Then a one on one fight with the King himself begins. The whole event is absolutely drowning in series lore. The implications of the fight to the original game are unbelievable and when you eventually learn them and conquer this God of War you’ll know you’ve made it in Dark Souls. This is the ultimate pinnacle, the fight that you’ll never forget and the boss that you’ll judge all other bosses on. The first time you enter the arena you’ll probably be too stunned to actually play the game and die immediately. Especially returning on New game plus with higher difficulty, this fight really feels special.

There you have it folks. The best bosses in one of gaming’s best series. These ten moments taken on their own are far memorable than most huge AAA games these days. For more coverage on Dark Souls, including our Dark Souls remastered review, stick to thelootgaming.com.

0 0
Previous ArticleYakuza 3, 4 And 5 To Be Remastered For PS4Next ArticleState of Decay 2 Review

The only missing entries that would allow consumers to play...

OVERVIEW Rogue Aces is an air combat shooter which has...

This Week Deals With Gold including the Gamefest Sale

Here we are on this glorious sunny Tuesday morning, but...